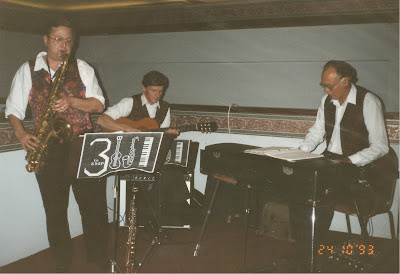 On The Sunny Side Of The Street
recorded 12/02/1993, The Kynnersley Arms, Leighton

3 In A Bar was originally a trio, comprised of Mike Gray (saxes), Brian Jones (piano) and Jim Norris (guitar). They joined forces in January 1993 and after rehearsals at The Kynnersley Arms, Leighton, quickly earned a reputation for quality music, with a repertoire of standards and jazz tunes from that golden era of American popular song, the 1920s - 1940s, all performed in their own inimitable style. 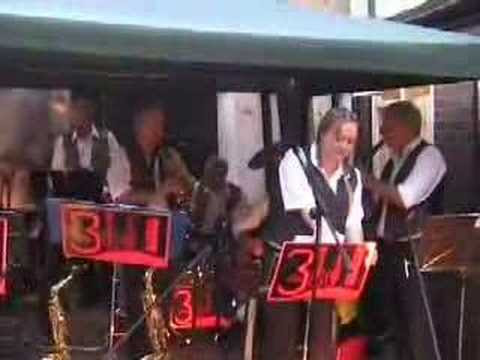